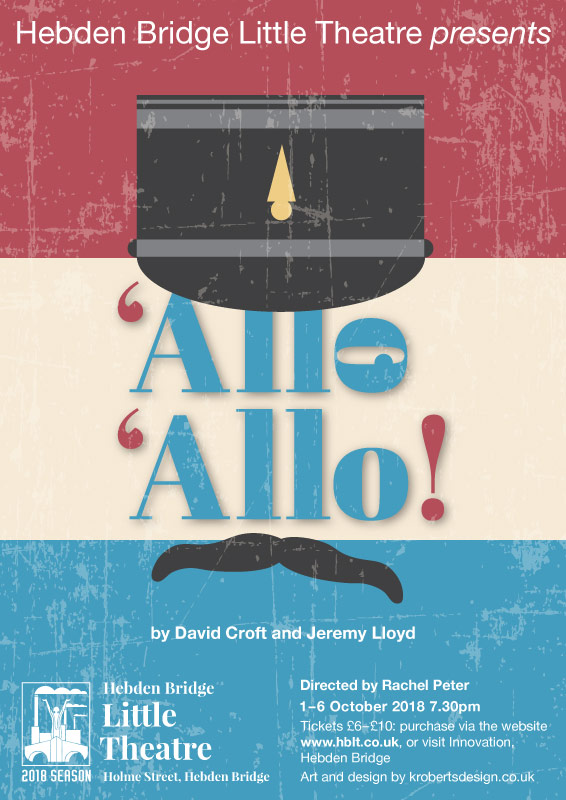 By Jeremy Lloyd and David Croft, directed by Rachel Peter

Adapted from the long-running, popular TV series, ‘Allo ‘Allo! centres around René Artois the cowardly cafe-owner with an eye for the ladies, who gets caught up in the madcap escapades of the French Resistance, whilst all the time trying desperately to ingratiate himself with the occupying German forces. The stage adaptation features the familiar running gags, and all your favourite characters, such as René’s tone-deaf wife Edith, Major-General von Klinkerhoffen and the Gestapo officer Herr Flick.

‘Allo ‘Allo! is broad comedy, with elements of farce, physical comedy, visual gags, ridiculous fake accents, and a large amount of sexual innuendo. What’s not to like?!