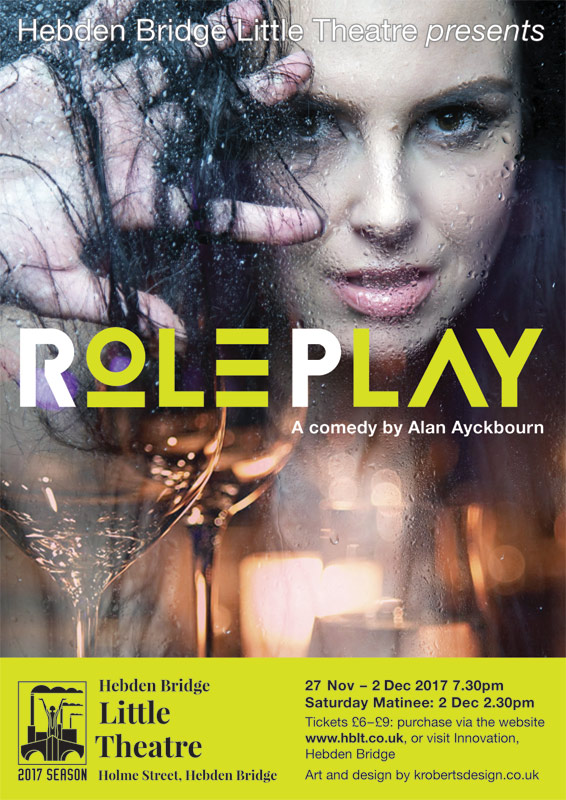 Justin and Julie-Ann, hopelessly mismatched in love, are about to introduce their respective parents to each other over dinner – Justin’s upper-crust alcoholic mother from Surrey and Julie-Ann’s bigoted Yorkshire father and prim mother.

Enter Paige Petite, a former lap-dancer with suicidal tendencies, who appears on their balcony having dropped from the flat above, followed shortly after by the thick, gun-toting minder employed by her violent boyfriend!

This is the third in the Damsels in Distress trilogy, by Alan Ayckbourn. Although part of a trilogy, each play stands alone. The director Ray Riches previously directed GamePlan, the first of the series, in 2007, and is delighted to get the chance to direct RolePlay: ‘RolePlay is very funny! The humour comes from an array of larger than life characters, heightened by the sense of peril in which our hapless heroine finds herself. All this combines to hilarious effect!’