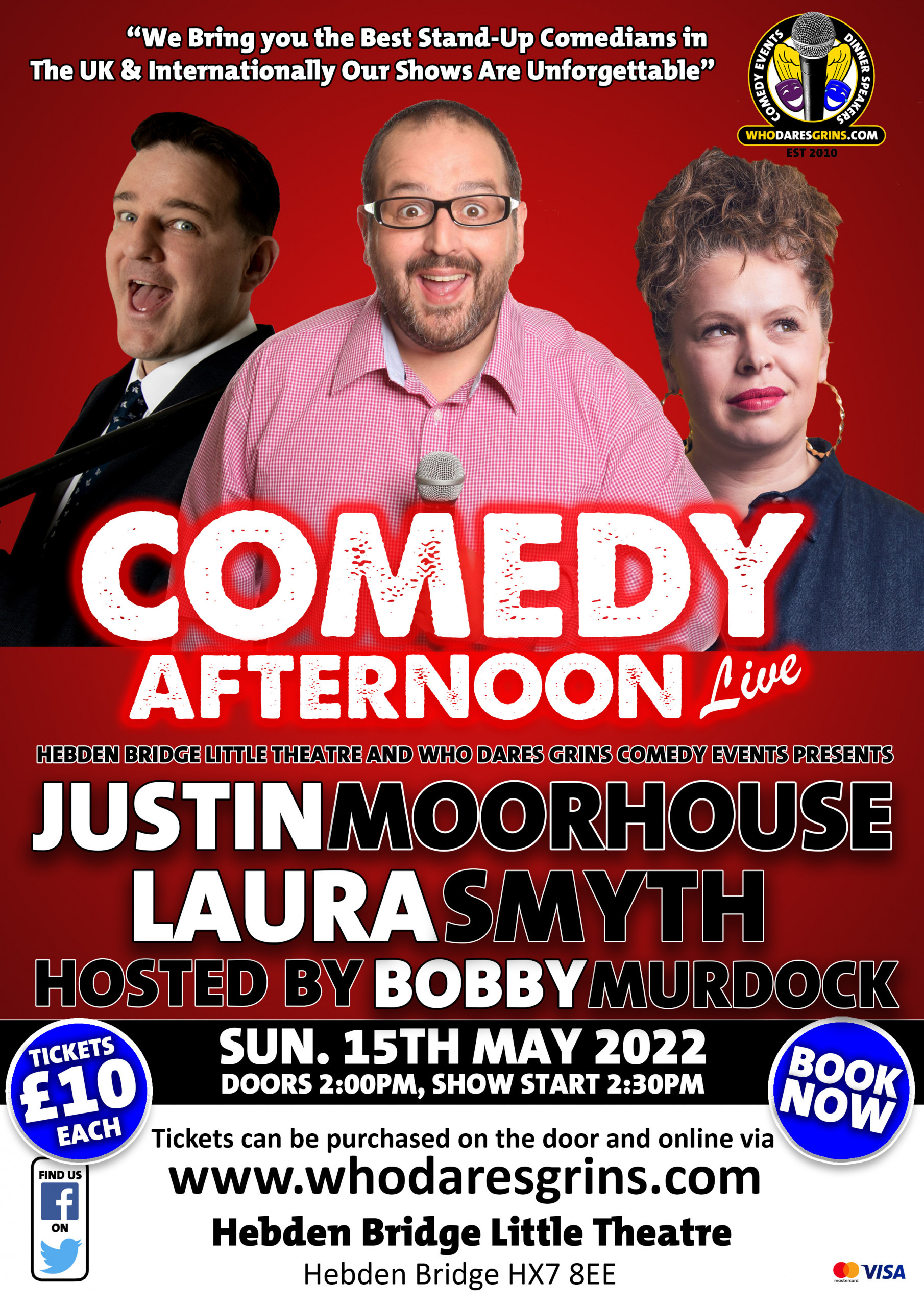 Comedy Afternoon Live is at Hebden Bridge Little Theatre on Sunday 15 May 2022.

Laura Smyth
‘A force of nature’
As seen on Jonathan Ross’s Comedy Club
Laura Smyth is making waves on the comedy scene, this working-class East Londoner won the Funny Women Awards in 2019 only 7 months after her first ever stand up gig.
‘Sounds like she has been doing it all her life’

This will be a very popular event Book your tickets now to avoid disappointment!