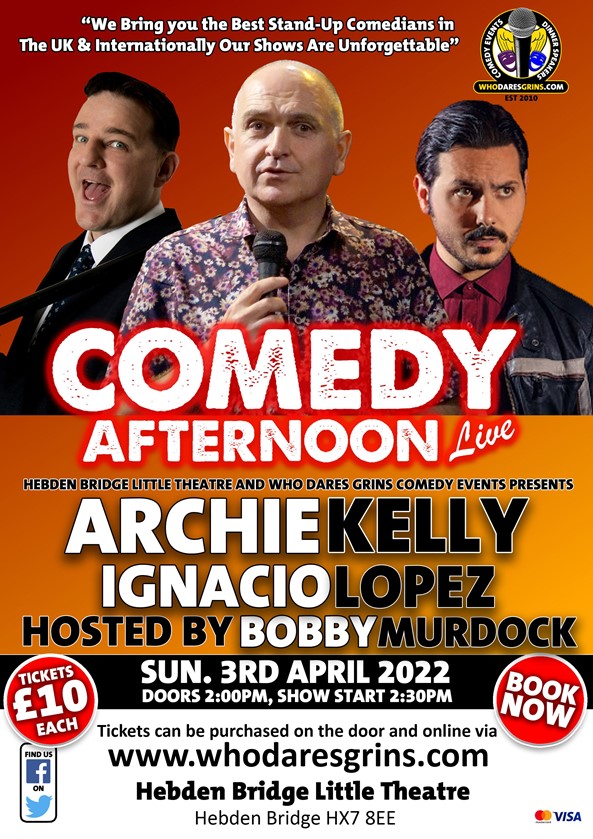 Comedy Afternoon Live presents a quality line up of 2 fantastic professional comedians alongside your brilliant host and compère Bobby Murdock, on Sunday 3 April, at 2.30pm.

‘An endearing stage manner, I laughed so much I got a stitch’ – Chortle

‘Charismatic with a waspish charm’ – Chortle

Doors: 2pm
Show: 2.30pm
Tickets: £10
Tickets can be bought via the link www.wegottickets.com/WhoDaresGrins

This will be a very popular event. Book your tickets now to avoid disappointment!