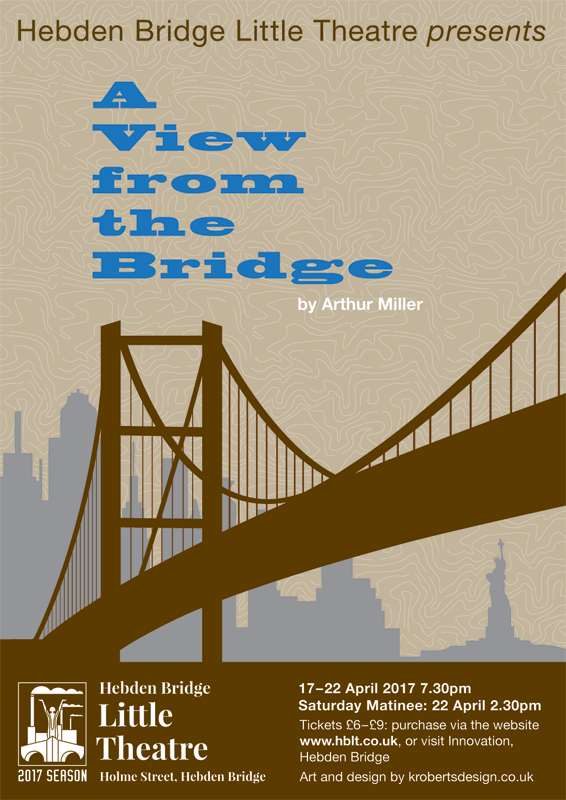 The story of Eddie Carbone, an Italian American longshoreman, working the docks around the Brooklyn Bridge, as narrated by Alfieri, an American lawyer, raised in Italy, who acts as the ‘Bridge’ between the two cultures.

Eddie lives with his wife Beatrice and her orphaned niece, Catherine. At first protective and fatherly towards the girl, he becomes increasingly jealous and controlling as she approaches her 18th birthday, objecting to the way she dresses and her growing interest in men.

Eddie returns home one afternoon with the news that Beatrice’s two cousins, brothers Marco and Rodolpho, have arrived in New York as illegal immigrants. He has agreed to house them saying that he is honoured to be able to help family.

Marco has a family starving in Italy and plans to work illegally for several years, then return home. Rodolpho hopes to stay in America and make a career out of singing. Although Eddie, Beatrice and Catherine are at first excellent hosts, ominous cracks appear when Rodolpho and Catherine begin dating.

This classic tragedy, written in 1955, is one of Arthur Miller’s finest works.