The Extraordinary Revelations of Orca the Goldfish 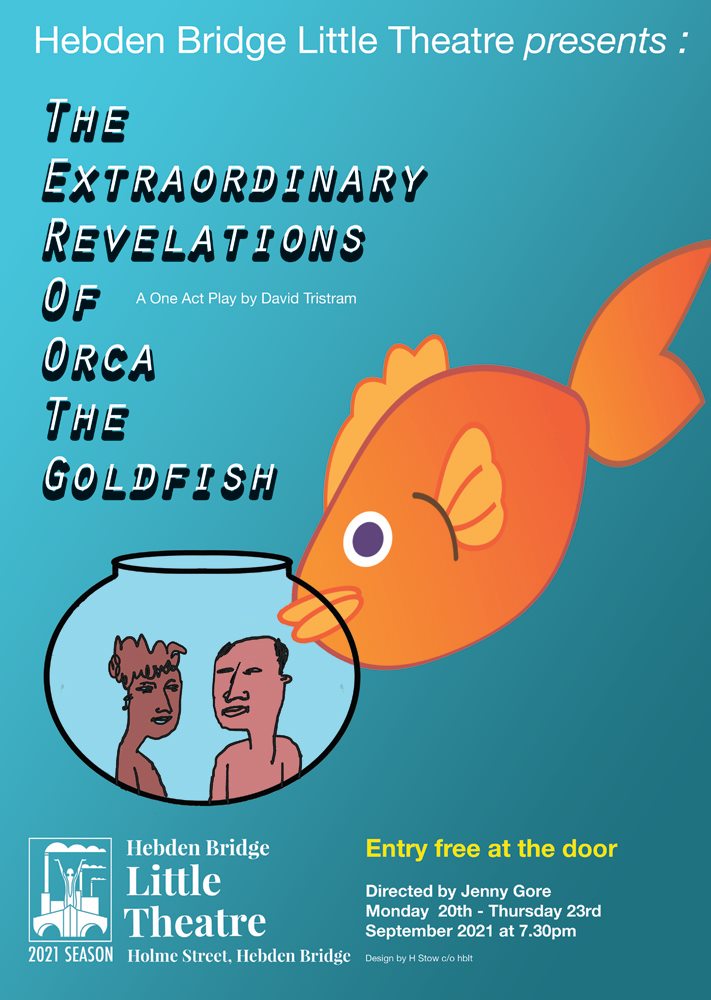 The Extraordinary Revelations of Orca the Goldfish

For Alice Smith – housewife – life is rarely anything else.

Exactly what happens next, no-one’s quite sure. Except that it involves a rotting melon, a deckchair and a bottle of neck rub.

And only their pet goldfish, Orca, and you, will ever know the true story.

Two gifted actors take on a multitude of characters in this fabulously funny short comedy, which runs from Monday to Thursday, 20-23 September 2021.

Entry to all performances is free. We are not reserving seats, so just come along!