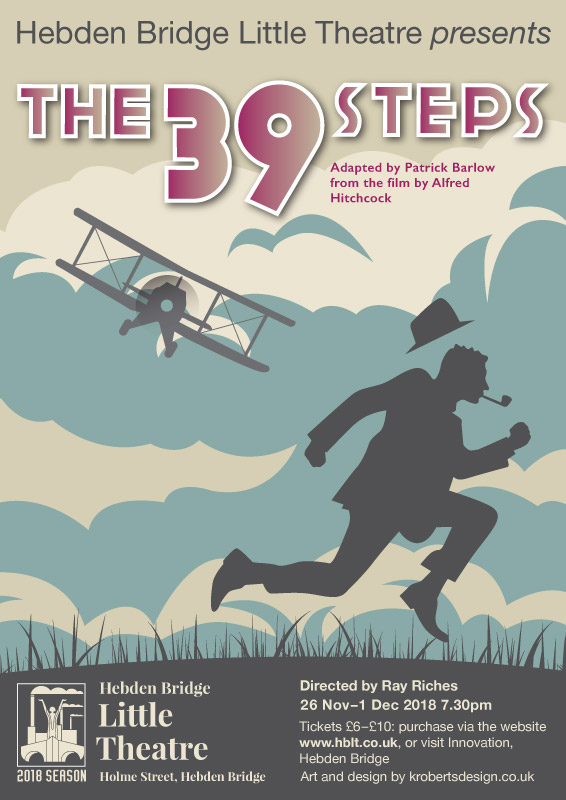 Winner of the Olivier Award for Best Comedy, in 2007, Patrick Barlow’s play is based on the Buchan novel and Hitchcock film, about adventurer Richard Hannay, who is forced to go on the run from an international spy ring, at the outbreak of the First World War.

In this spoof version, all the characters are played by four actors, who portray between 100 and 150 roles, even doubling parts within the same scene. These quick changes are achieved by cunning use of props and costume, contributing to the general hilarity. Further humour comes from the ingenious use of props – to represent trains and planes on stage, in a variety of unexpected ways!