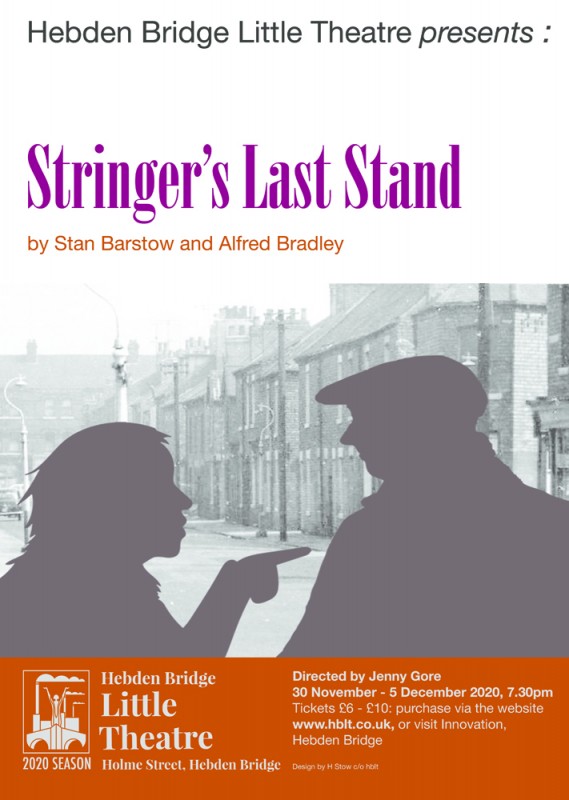 By Stanley Barstow and Alfred Bradley, directed by Jenny Gore

Luther Stringer is the titular head of a Yorkshire working-class family of wife and three daughters – one married, one engaged, one a student. His middle daughter’s ‘fiancy’ is in bad odour with him for refusing to participate in a strike and being sent to Coventry. This, however, pales into insignificance beside the hornet’s nest that is stirred up when Luther’s eldest daughter discovers an ‘unexpected item’ in her father’s coat pocket – a packet of ‘electronically tested’ contraceptives!

The women’s reaction is instant and their vengeance terrible – but the result is equally unexpected and perhaps unwelcome.

Stringer’s last stand, however interpreted, may not be as cataclysmic as Custer’s, but it certainly shakes up a Yorkshire household.