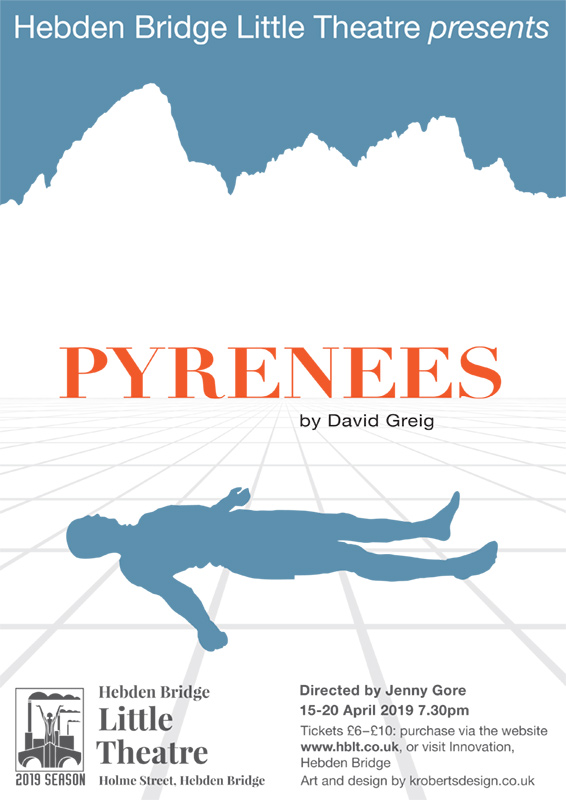 A man is found lying in the snow at the foot of the Pyrenees. He remembers nothing, but believes he is British. Anna, a young woman from the British Consulate, is dispatched to confirm his nationality and piece together his identity. When Vivienne, a middle aged woman from Edinburgh arrives, she presents him with a history he doesn’t recognise. Is he who she says he is? As the snow melts on the mountains the man must decide which reality he prefers – Anna’s or Vivienne’s?

Pyrenees premiered at the Tron Theatre, Glasgow, in March 2005.