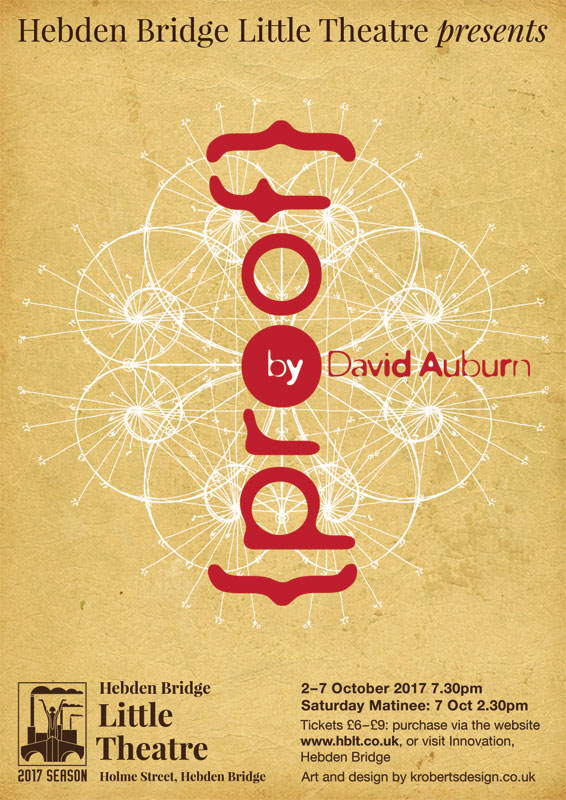 Catherine is mourning the recent passing of her father, Robert, a maths professor. Feeling vulnerable she worries that she has inherited Robert’s inclination towards mental instability, as well as his maths genius.

Into the equation comes Hal, an ex-student of her father’s, who wants to study the hundreds of notebooks left behind after his death, looking for any work that could be published.

Catherine assures him that the notebooks are filled with scribbles and nonsense as her father wrote them when he was at his most delusional. But then Hal makes a sensational discovery that threatens to turn everyone’s world upside down!

Proof won the 2001 Pulitzer Prize for Drama and Tony Award for Best Play.

‘In Proof, David Auburn has fashioned an exhilarating and assured play – a subtle and gripping exploration of loss, guilt, discovery, instability, and, ultimately, the elusive nature of truth.’