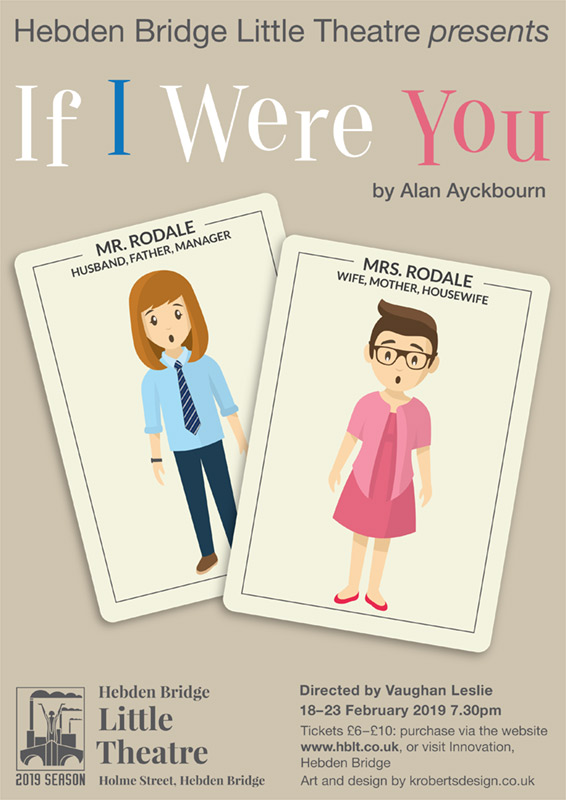 We will be auditioning for the first play of the new season, If I Were You, by Alan Ayckbourn, at 7.30pm on Wednesday, 7 November, in the Little Theatre bar.

We are looking for a cast of five, to play Mal and Jill who are in their forties, Dean and Chrissie, in their twenties, and Sam, aged 15. The play is directed by Vaughan Leslie, runs from 18-23 February, and rehearsals will commence in earnest in the New Year.