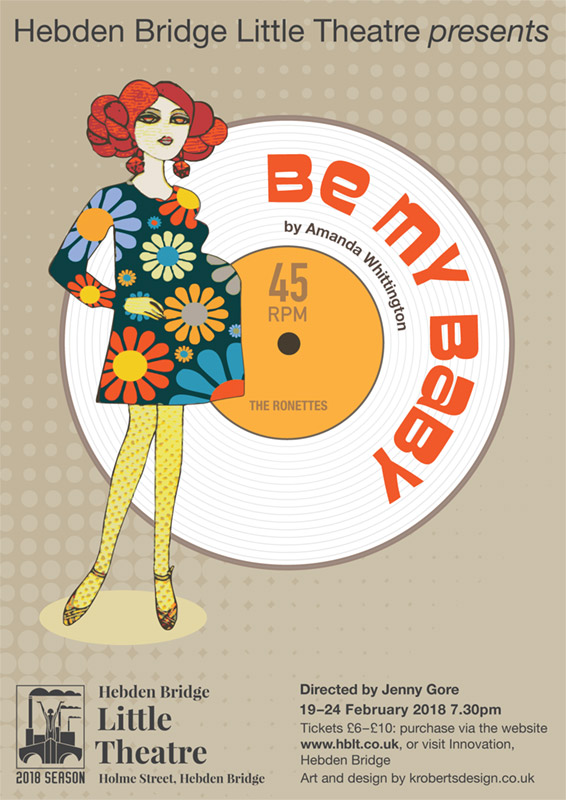 Be My Baby is an uplifting tale of hope, friendship and survival, with a swinging sixties soundtrack!

Set in 1964, it follows the fortunes of Mary Adams, aged 19, unmarried and seven months pregnant. Mary ends up in a Mother and Baby Home, in the north of England, where she meets other young women in a similar predicament. Despite the dawning realisation that their babies are to be given up for adoption, the girls’ youthful exuberance breaks through, as they sing along to the songs of the period – by girl groups such as the Ronettes, and the Shangri-Las.